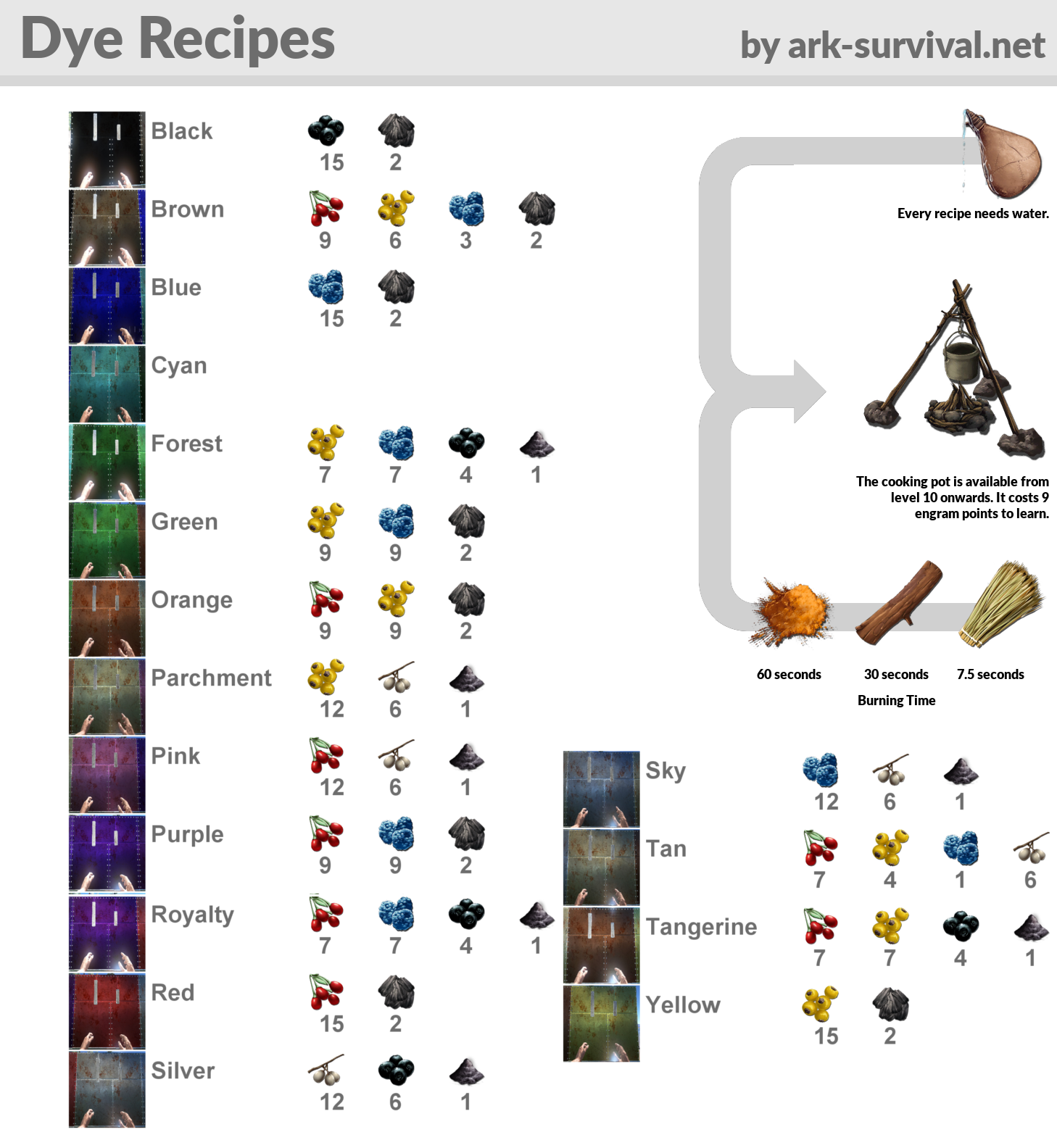 Thanks to reddit user /u/AxelAraatus we have colour samples for all the recipes! For a detailed guide to dye production, have a look at our dyeing tutorial.