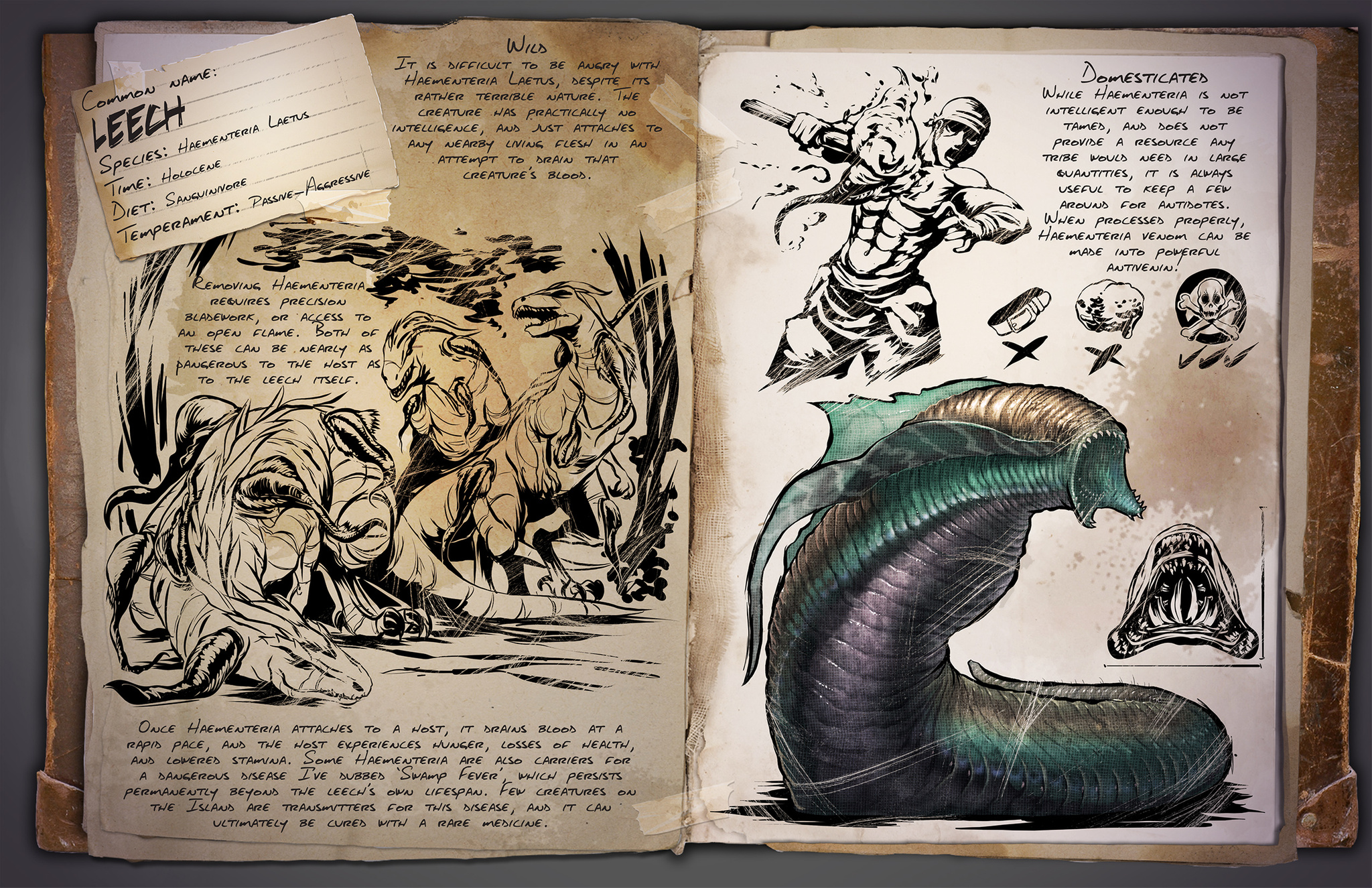 Common Name Leech Species Haementeria laetus Time Holocene Diet Sanguinivore Temperament Passive – Aggressive Domestication Tameable No Rideable No Wild: It is difficult to be angry with Haementeria laetus, despite its rather terrible nature. The creature has practically no intelligence, and just attaches to any nearby living flesh in an attempt to drain that creature’s blood. […] Common Name Ammonite Species Ammonitina multiamicus Time Late Jurassic – Mid Cretaceous Diet Bottom Feeder Temperament Passive Domestication Tameable No Wild: Usually found in the deepest parts of the water around the island, Amonitina multiamicus has a strange relationship with the other creatures of the deep. It must do something beneficial for them, since every nearby […] Common Name: Eurypterid Species: Jaekelopterus Euryperus Time: Silurian Diet: Carnivore Temperament: Aggressive if approached Domestication Tameable: No Rideable: No Wild: Found only in the deepest depths of the waters around the island, Eurypterids are dangerous and adaptable Arthropods. As likely to hunt as they are to scavenge, a Eurypterid rarely has difficulty finding food to keep […] Today’s new Dossier shows the Achatina, a pre-historic snail. It will continually release cementing paste when tamed, though it won’t be rideable. Those survivors who prefer a more rustic experience will also have a chance to experience a true Bear Grylls moment, when they’re hungry enough to go hunting snails for what little meat they […] Today the developers announced the “Titanomyrma”. This new arrival in the world of ARK is, as is immediately apparent from the dossier above, an ant. Don’t get overexcited though, you won’t actually be able to ride it. Hilarious as though that would have been, the devs made the wise choice to stay away from that. […] Common Name: Trilobite Species: Trilobite conchadurus Time: Early Cambrian-Late Permian Diet: Carnivore Temperament: Defensive Domestication Tameable: no Command: admincheat summon Trilobite_Character_BP_C Wild: Like most Trilobites, Trilobite Conchadurus is an opportunistic carnivore that feeds on anything smaller than itself which it can get a hold of. A sluggish creature, the Trilobite’s best defense is its incredibly hard […]