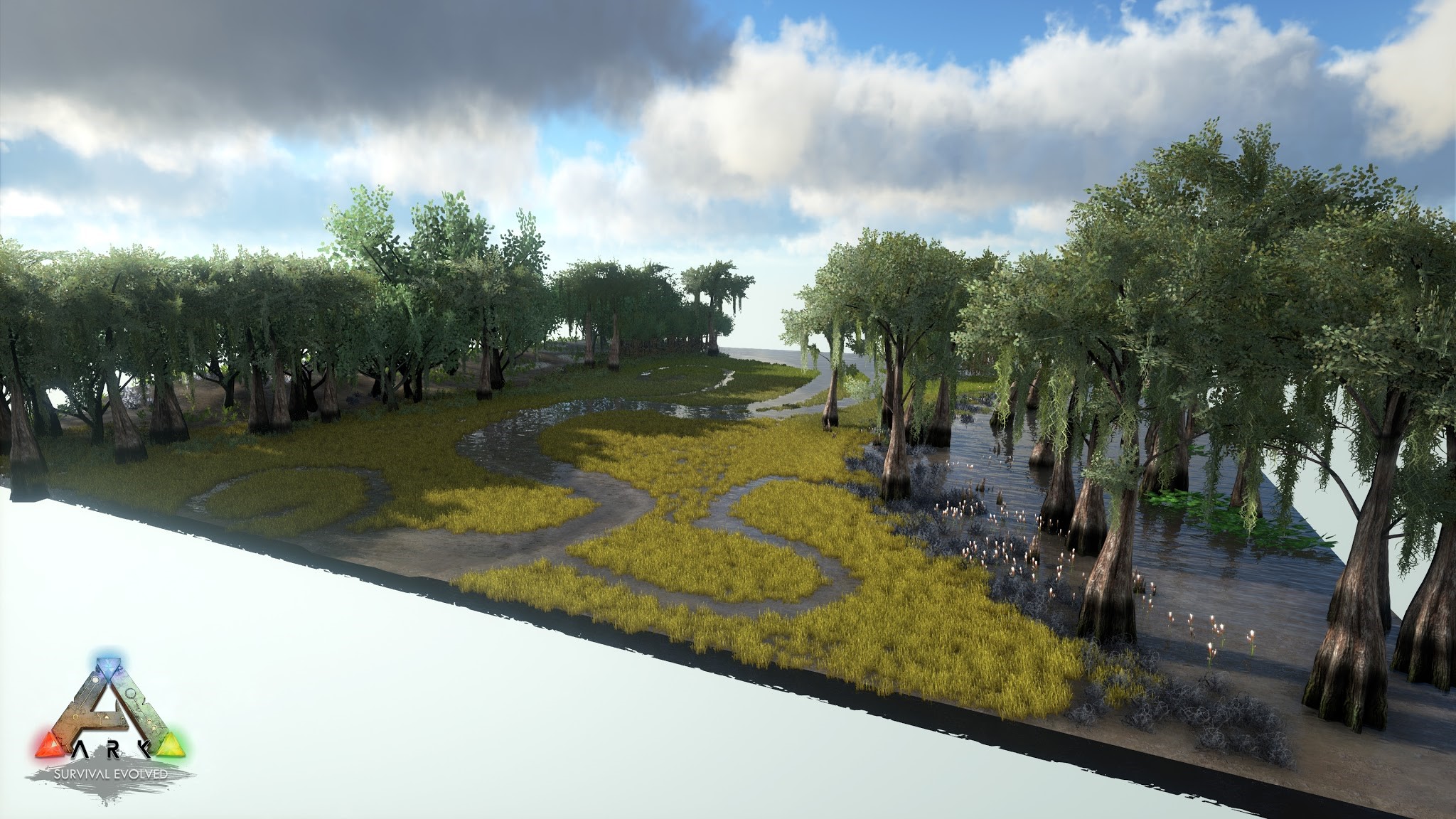 Today the tenth edition of the ARK Digest was published on Steam. Here’s a summary of the most important news it contained.

A significant part of this weeks digest was taken up by an interview with Damien Bull, the Lead Level Designer of ARK. He described their development process for the map, and the long term plans for the interaction between biomes. 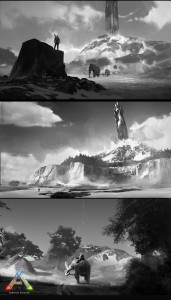 Okay so creatures will follow you, how about the biomes? Can we ever see them interact with one another? For instance, would it be possible to see a snowy-effect in areas that are closed to the snow biome but aren’t actually a part of it?
You’ll definitely be able to see that, each biome surrounding affected areas will have a unique and interesting transition. Imagine snow-covered tropical jungles, partially frozen-rivers and glacial cliffs extending into the oceans! A lot of fun and exciting areas for you guys to potentially build bases around!

He reiterated that the upcoming swamp biome will be “by far the largest change to [the map] to date.”

Unlike their real-world counterparts most dinos on the island don’t take much notice of the day-night-cycle at the moment. This is going to change soon.

[Y]ou may encounter a sleeping Diurnal creature at night, or vice-versa. It’ll allow you the opportunity to get a jump on them, beware though as they’ll wake up if disturbed and might not be so happy with you ruining it’s sleep!

Moreover, bigger changes in the Dino AI are scheduled to arrive next moth. Among the many interesting features that were announced were “sensory-based targeting” and customized behavoir for different dino species.

“Who’s a good dino?” will probably also be heard more often soon, as a new “Pat”-emote is going to arrive soon. Not only will it allow you to reward your cute sabretooth for its exemplary performance, it’ll actually have tangible effects. Patted Dinosaurs will temporarily gain a multiplier on EXP-earning.

Players of ARK can already have their pick of a veritable arsenal, but there are more weapons coming still. In two weeks something along the lines of a bear-trap is going to arrive, giving players the opportunity to lay traps for dinos.

For those who prefer a more active approach to combat, there is a whole range of toys in the works: Knives, swords, ballistas and other siege tools are coming “soon”.