When you breed mammals in ARK they won´t produce any eggs – the mammal female will get pregnant. The steps to get pregnant are the same mating process as in Egg Layers (the full tutorial for Egg Layers can be found here).  (Pictures will be added as soon as we can get them :))

(Annotation: Check if the female is ready to breed, in case she had babies before, because it could be that she has still some downtime. There are some Creatures which can´t mate right now – but only a few 😉 If you want to check the Mating-Status look at the HUD Message “Enable Wandering to Mate”)

Now you have to set them both to “Enable Wandering”. As soon as they are close enough beating hearts will appear over their heads, and the mating bar will appear on the female Mammal’s HUD. Both Mammal’s HUDs will also indicate who they’re mating with, specifically. 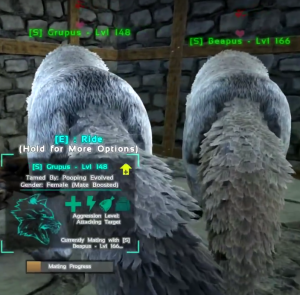 When the Mating bar is complete, the female is now pregnant (with a chance for genetical identical twins or tripletts). Now you have to wait a gestation period indicated in the HUD. 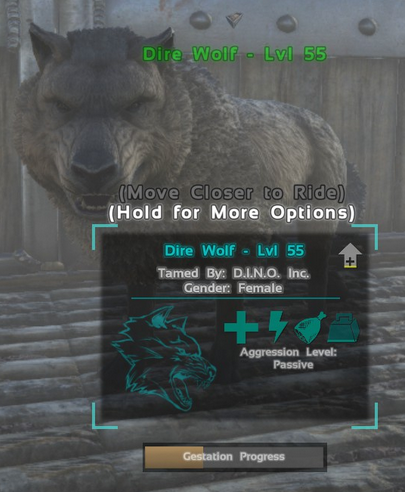 When that timeframe is up, she’ll give birth, and then the mating interval cooldown starts before she can mate again.

11 thoughts on “How to get Babies from Mammals in ARK”