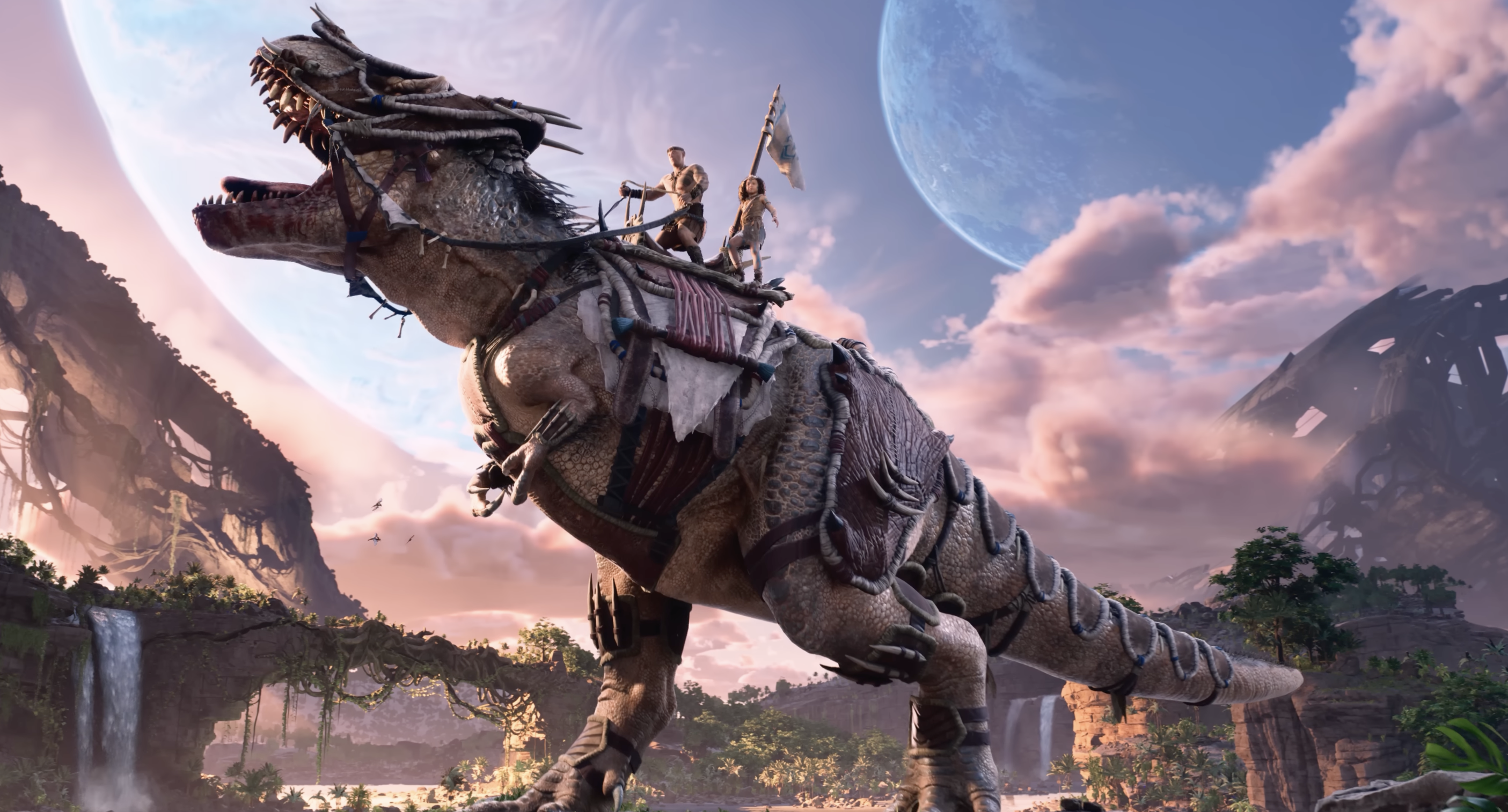 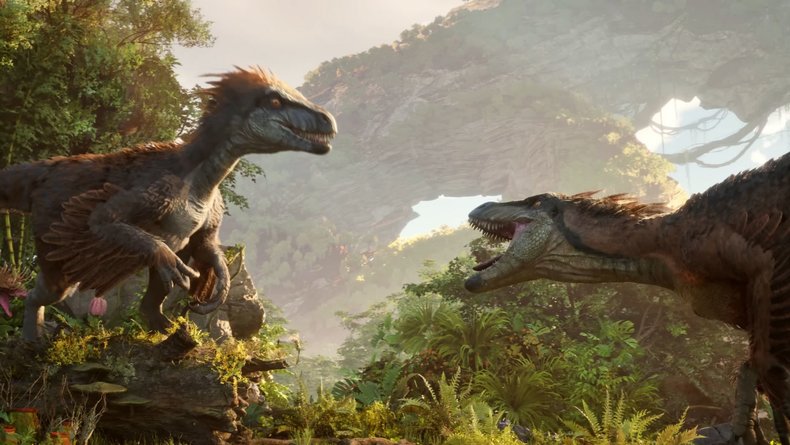 ARK 2 will be playable solely from the shoulder perspective at release. This means you’ll be able to watch your character use the extensive new repertoire of moves. This now includes automatic jumping over obstacles, free climbing on steep cliffs, targeted sliding and swinging on ropes.

The developers cite the parkour skills of the Assassins Creed protagonists and the climbing in Zelda: Breath of the Wild as the source of inspiration for your character’s new mobility. 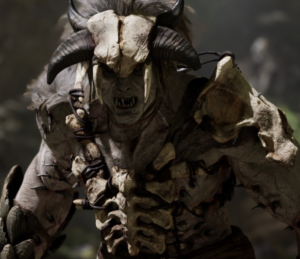 In addition to dinosaurs and other players, you will also face an entirely new faction: the Aratai. They are likely to be an NPC tribe that will bring the reworked humanoid duels closer to those who don’t usually compete with other humans. However, they are not likely to make the environment any less dangerous on PvP servers either.

The Aratai also tame their own dinos and use them against you in battle. However, we won’t know exactly how the encounters with them will go until we see actual gameplay.

When it comes to clashes with other players and the Aratai, ARK 2 is now clearly oriented towards the Dark Souls games. The combat system will focus heavily on dodging, blocking, combinations of light and heavy attacks, and the player’s ability to react.

The fight against dinosaurs is also supposed to be much more varied, because not only are their animations even more brutal, the corresponding animations are now also physics-based.

According to the developers, bite and scratch animations will now no longer pass through characters, but actually collide with them, get deflected, and cause hit feedback and injuries at the exact spot they hit.

However, these are not supposed to be trimmed for realism and they also want to hold back on the blood. Accordingly, the game is more likely to be released for children over 16.

A skill system with a proper skill tree

In the first part, players were also able to level up, but afterwards they only distributed a few attribute points and unlocked new crafting recipes. Ark 2, on the other hand, wants to offer a full-fledged talent tree, from which you’ll gradually draw your active and passive abilities.

The introduction of such a system always brings with it balance issues. Only time will tell how significant the advantages of widely upgraded characters will be over relatively new ones.

Thanks to a new world event system, the world should feel infinitely more alive and dynamic. For example, dinosaurs will interact with their environment on their own, regardless of player presence. These events will be procedurally generated based on the situation.

The examples given include regular gatherings of dinos at watering holes, wounded creatures and predators following their tracks, herds and herd panics, and parent animals taking themselves and their young to safety in caves.

In addition, players should be able to earn a creature’s trust by rescuing it from a dicey situation. This should then make the subsequent taming easier. The other (optional) events will probably also have a playful benefit that can be drawn from the situation.

In addition, dinos now use three of their senses: sight, hearing and smell. Players can evade these directly by camouflaging themselves, masking their scent and moving as quietly as possible.