Reintegrated core VR support for retail Oculus unit! Details here:
In ARK v245.94 on Windows, just enable this setting in your Oculus Control Panel for “Unknown Applications”, like so: 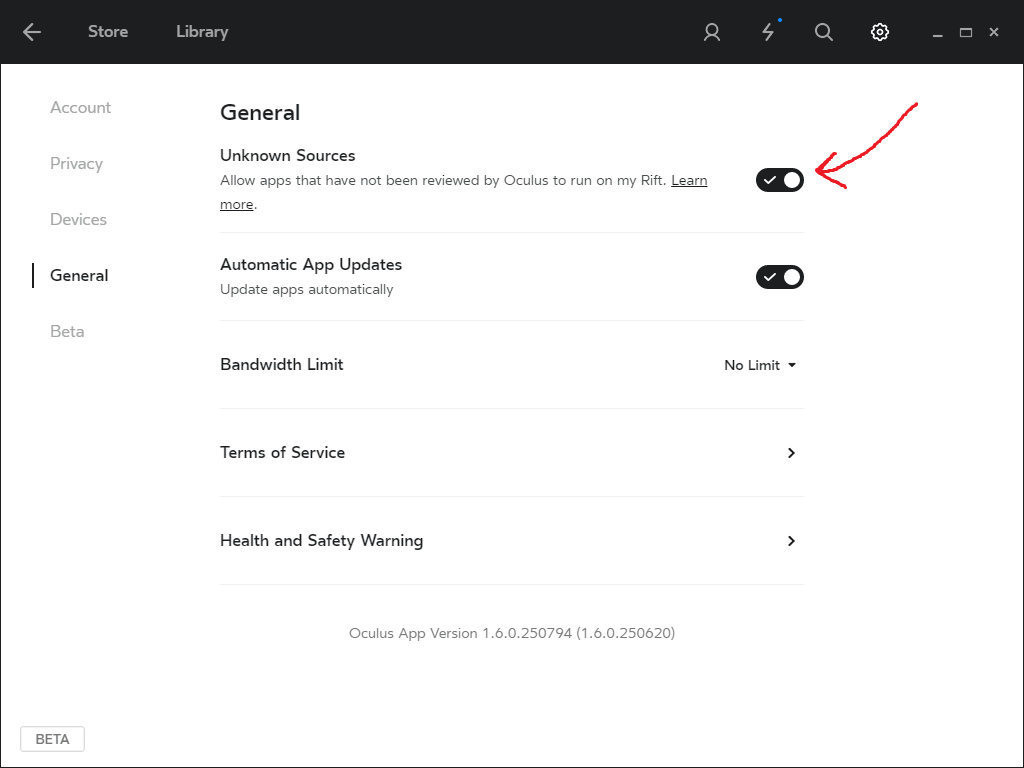 Then in-game with an Oculus hooked up and driver installed, in ARK’s Options Menu click the “Enable HMD VR” button which will appear in the bottom left. Put your Oculus Rift on, and the game will appear on the Oculus display (at the moment we can’t seem to display the Oculus stereoscopic render until the device is actually on your head).

It’s still an early implementation, but at least gets ARK back up to launch feature parity on the retail Oculus unit. Expect more improvements in the weeks ahead!